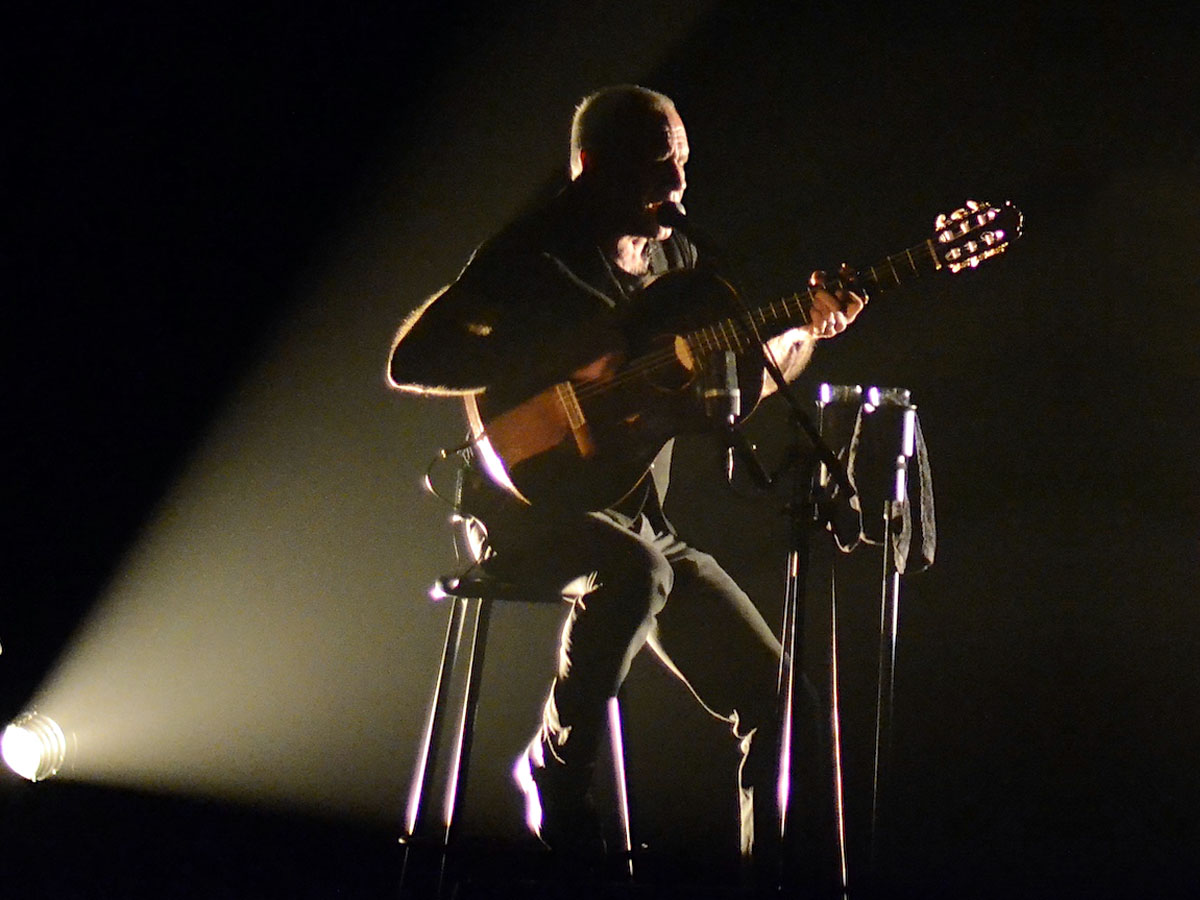 What can be better than getting together with friends for the party of sharing, reminiscences and singalong while cold Canadian winter winds are blowing outside.

Even better if this is a gathering of about six hundred friends, old and new, in the intimate setting of the Richmond Hill Centre for the Performing Arts.

Even better, if your host is perhaps the most popular Israeli and well recognized international singer and songwriter David Broza, whose songs most of the people in the audience knew by heart.

And David Broza was a perfect host, alone on the stage, sharing the stories of his colourful life from the beginning of his musical career in the 70’s with the “Yihie Tov” (It Will Be Better}, song he wrote in 1977 on the steps of historical landing of Egyptian President Anwar Sadat in Jerusalem. This was just a beginning of his life journey from becoming a multi-platinum recording artist in Israel to the exploration of the world music, poetry and multiple projects.

But that night was a special night of meeting friends and sharing his songs in Hebrew, Arabic, Spanish and English performed with abundance of energy and exquisite mastery of his “guitarra”.

The crowd joined eagerly David Broza in singing very popular and familiar songs like Yihie Tov (It Will Be Better), Mitachat Le Shamaim (Under the Skies), Shir Ahava Bedui (Bedouin Love Song), Sigaliyot (Violets), Haisha She-Iti (The Women With Me), Brakim Ve Reamim, Ze Hakol O Klum (It’s All or Nothing), Kmo She At (Like You) and others.

A sold out house was on its feet, singing along, clapping, waving and dancing.

Couldn’t be a better evening with these friends. A real homecoming, which is actually another David Broza’s very popular song.

It was a blast!