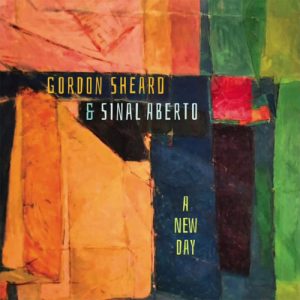 Afro-Brasilian music – not the more diffident but, no less sensuously danceable form of Bossa Nova – but louvação da capoeira, afoxê, maracatu, repentismo, frevo baiana, música nativista, choro and pagode, not to mention MPB, tropicália and music of Os Mutantes and others which is quite beyond category is one of the biggest cultural exports from the continent of South America or anywhere in the world. These rhythms have splashed ashore in wave after wave – first in the US and later in Canada. Outside of Brasil, the infinitely larger commercial demand for Brasilian and any kind of music is much larger in the US than anywhere else in the world.

But like everything else that is successful commercially Canadians get much less credit than they deserve for fostering an environment in which Brasilian musicians may thrive. There are many reasons for this. There is a rather large community of expatriate professional musicians of Brasilian origin living in Canada. Canadian musicians are more open to experimenting and – what’s unique – to absorbing diverse and often complicated Brasilian musical forms. In cities such as Toronto and Montreal – indeed anywhere in Canada where the Carnival is held – there are more aficionados among the music-loving public anywhere else except perhaps Brasil, which means more dancers and participants in the community that – especially – Brasilian music calls for.

Gordon Sheard & Sinal Aberto is one of the best examples of such a group of practicing musicians. It is unique as well, in that it is driven by one Brasilian – Luanda Jones, a prodigiously-gifted guitarist, lyricist and vocalist – and a Canadian cast led by Mr Sheard who has spent a great deal of time mastering Afro-Brasilian music. And that too, Mr Sheard’s education came in Brasil, with Brasilian tutors, on the streets and in clubs where most learning and experience counts. The result of all of this has now been poured out into the debut album for the group (Sinal Aberto) on an album entitled – in a manner that befits the diffidence of things Canadian – A New Day.

Mr Sheard is a fine pianist possessed of what the Cubans might call tumbao referring to bass line rhythm. The Brasilians don’t have a word for it, but the origins may perhaps be more romantic: such as referenced by two Tupi words that is ka’a (“forest”) and paũ (“round”), referring to the areas of low vegetation in the Brazilian interior where fugitive slaves would hide which resulted in the forming of a capoeirista the practitioner of the art for capoeira. In this pianist’s case, this results in something like the ginga – the rocking step of the capoeirista adapted to the keyboard. It’s hard not to be beguiled by what Mr Sheard can do with this adaptive technique.

The music of Sinal Aberto benefits enormously from the pianism of Gordon Sheard and, of course, the gorgeous lyrics written and sung by Miss Luanda Jones. On A New Day Miss Jones shows that she is an artist of the first order. Her instrument is gorgeous: lustrous, precise and feather-light. Her musicianship is fierce as she digs into the meaning of each word and brings ceaseless variety to soft dynamics and gives every phrase a special grace as she conveys a deep sense of saudade and alegria for her native Rio. Her performances on “Claridade” and “Luz de Itaparica” and “Saudades do Rio” are breathtaking.

Together Mr Sheard and Miss Jones are accompanied by musicians – in the form of bassist George Koller and the brilliant drummer, Mark Kelso – also joined on a song each by saxophonist Edwin Sheard and the tabla player Ed Hanley who bring deeply interiorised readings of the works. “Izmir” is an outstanding example of how pianist and vocalist have gone well beyond their respective comfort-zones and stretched and bent even the uniquely difficult Brasilian rhythmic forms to their musical will. This is an album to die for…