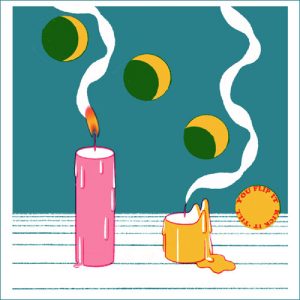 It is not of the average Canadian – much less its musicians – to court controversy. But there is a group of musicians in Toronto that come close to it. The saxophonist and prime mover of Eucalyptus, Brodie West is one of a group of musicians (which include Lina Allemano, Ryan Driver and Nick Fraser) who live and play on the fringe of experimentalism. If Mr West “courts controversy” it is because of the sheer eclecticism of his music. He is and the members of Eucalyptus are a group of experimental musicians, who were initially influenced by the avant garde, but then wanted to escape even the straight-jacket of its tenets and embrace a more pluralistic – even anarchic – approach to their craft. Sadly they are still awaiting complete acceptance within even the fringes of Canadian music, while still inhabit their musical skins.

The music of Eucalyptus is born of many styles – born of loud and eloquent elements that come from a myriad of musical directions. It is eminently accessible, yet esoteric, suited to self-referential imagery of its component musicians with an overview of Brodie West’s audio-visual playing style and character. Every recording he makes is like a film script and a soundtrack as well. But the stories are sometimes disconnected – engagingly so; each miniature is a dreamy and often wickedly funny episode. This is true of Kick It Till You Flip It. The drama – or series of small dramatic episodes – is as hard, glittering, formally intricate, amoral and heartless as the society and community it depicts.

Contributions from Mr West, iconic trumpeter Nicole Rampersaud, clavinetist Mr Driver stands among their spikiest and cleverest performances, threaded through the ground bass and thunderous drums. “Kick It Till You Flip It” is a dynamic combination of piercing repetitions, pulsing bass and climbing woodwind and brass fanfares. Its simple repetitive motifs are layered and interwoven against staccato wind figures to produce dense, shifting designs. Mr Brodie’s cool cerebralism – propelled by the incessant tattooing of the drummers – is all over this music and it is one of the main reasons why this album is so utterly memorable, albeit frustratingly short.

Track list – 1: Something Sparkly; 2: Kick It Till You Flip It; 3: Squiggly Line; 4: Percussive Interlude; 5: Triller