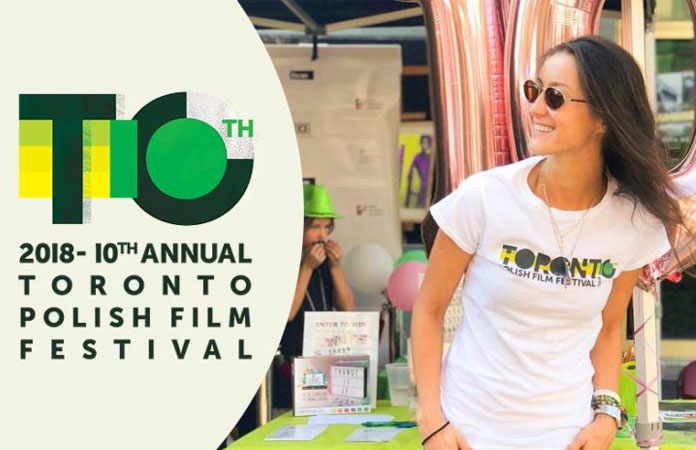 The festival offers audiences across the GTA a chance to enjoy the best of contemporary Polish cinematography on the big screen presenting its customary array of feature films, documentaries, and short films. The festival also features special screenings and opportunities to meet the people behind the magic on the screen.

The best of the showcased feature films will be chosen by a jury, which this year includes Larry Anklewicz, Ottie Lockey, Steve Veale, Elizabeth Radshaw and Robyn Kay. The Polish-Canadian singer Anna Cyzon will host the festival’s Toronto screenings, while its Mississauga edition will be hosted by the Polish actress Jolanta Mrotek. 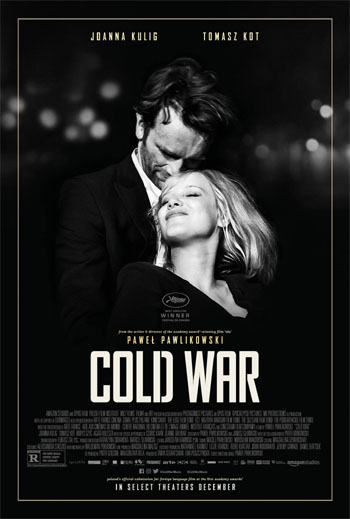 The festival’s tenth edition kicks off on Monday, November 5 with a Special Screening of Paweł Pawlikowski’s “Cold War”­ at the Isabel Bader Theatre. This is only the second occasion for Canadian audiences to view this critically acclaimed film (following its premiere at the Toronto International Film Festival). Chosen as Poland’s official selection for the 2019 Academy Awards in the category of Best Foreign Film, Cold War has already received the Golden Bear for Best Film at the 2018 Polish Film Festival in Gdynia, and Paweł Pawlikowski won Palme d’Or for the Best Director at the 2018 Cannes Film Festival.

Considered a “bona fide masterpiece” by the London Times, the epic love story follows Wiktor, a musician (Tomasz Kot) and his muse, the wild and sensual Zula (Joanna Kulig), as their passion spans a decade and a half across post-WWII Europe in Warsaw, Berlin, Yugoslavia and Paris. Cold War, shot in black and white, brings back the smoky melancholy and angst of those who lived and survived in post-WWII communist Poland. The pictures are equally as stunning as the soundtrack, which carries the film between both sides of the Iron Curtain. From traditional folk music, jazz and early rock and roll, the audience follows Wiktor and Zula (named after Pawlikowski’s own parents) as they struggle to be together during the times of the Soviet rule.  Their love affair is hyper passionate in one moment and anti-romantic and toxic in the next. The audience is in a constant battle with the main characters, hoping that their love will finally bring peace to their souls.

Following the screening of Cold War Ekran welcomes award-winning director Olga Chajdas and her first feature film “Nina”, in co-presentation with the Inside Out LGBT Film Festival. Nina won the “Golden Claw” in the Visions Apart contest at the 43rd Polish Film Festival in Gdynia and the “Big Screen Award” at the Rotterdam International Film Festival. The film follows a thirty something married couple, Nina and Wojtek.  Their relationship seems to be falling apart, mainly because of their failed attempts to have a baby. When they meet a young woman, Magda, they decide to ask her to become a surrogate mother for their child. However, things get more complicated when Nina suddenly feels attracted to Magda. 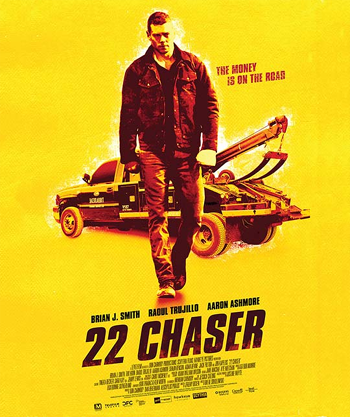 The official opening of the festival takes place on Tuesday, November 6 at the Hot Docs Ted Rogers Cinema. Rafal Sokolowski’s vibrant Canadian thriller “22 Chaser” opens this year’s 10th Toronto Polish Film Festival. Sokolowski is no stranger to the festival – in 2012 his film Seventh Day won Best Short Film at Ekran. Rafal Sokolowski, the Toronto-based, Polish-Canadian director is a long-time supporter of Ekran Film Festival. The evening will include a Q&A with the film’s director and crew. 22 Chaser was produced at the Canadian Film Centre and is Sokolowski’s feature debut. The film tells the story of Ben (Brian J. Smith), a tow truck driver and a new father, who is struggling to provide for his family. Having recently moved from a small town to the big city, he is one of Toronto’s last honest tow truck drivers. However, that changes when he trades his personal values for financial success and stability for his family, as he switches from towing illegally parked cars to chasing road accidents in his rig. Sokolowski, born in Kielce, Poland, is an award-winning film and theatre director. He is a graduate of the National Theatre School of Canada, holds a MFA from York University, and is an apprentice of the National Theatre Academy of Krakow in Directing. His work has been presented worldwide and is supported by the National Film Board of Canada, the Canada and Ontario Arts Councils and Bravo!FACT. He is the artistic director of Blind Dog Films, specializing in the development and production of narrative fiction.