Both the label and the artists have a strong history of award-winning music. Propp and Roy’s debut album, “Courage, My Love” was released in 2012 and won Jazz Recording of the Year at the Western Canadian Music Awards (2013). In 2014, it received a JUNO nomination for Vocal Jazz Album of the Year. Chronograph artists have an equally impressive track record. In 2019, Laila Biali took home the JUNO Award for Vocal Jazz Album of the Year. JUNO nominee Al Muirhead has released multiple records with Chronograph, and many other label artists have earned a host of international awards.

“Erin and Larry have seamless communication as players that allow them to clearly share their point of view with the listener. Their shared experiences fuel their creative process and adds depth to their music,” says Kodi Hutchinson, President of Chronograph Records.

“We are thrilled to be joining the Chronograph family! Beginning with our first conversations, everyone at Chronograph has been both professional and approachable. Having them in our corner is a major boost to us, and feels like our efforts as musicians are multiplied,” comments Erin Propp. 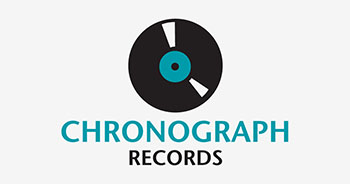 Propp and Roy’s upcoming album is set to be released through the label in 2020.

Chronograph Records is a boutique record label promoting Western Canadian musicians since 2004. Specializing in original jazz and folk music, the label works closely with artists looking for an insightful and collaborative partnership. With an ever-expanding catalogue of over 70 albums, Chronograph Records is proud to represent exceptional music from the West.

About Erin Propp and Larry Roy

There is nuance in the everyday; in its layers of love, joy, and hurt, and in its emotional currents ever present. Erin Propp and Larry Roy reach into the everyday and blur the edges, creating works that are at once deeply personal and achingly relatable. These are songs that take it all in, that read between the lines that hear the subtext, that feel it, that say it out loud.

Their music rings true with nuance and power, with rare clarity and precision. Their musical abilities are tools of exacting expression, expertly honed. They reach in to resonate; calling the listener inside, sounding the overtones of our shared experience.

Erin and Larry’s debut album Courage, My Love (2012), was met with praise and acclaim. The recording won Best Jazz Album of the Year at the Western Canadian Music Awards (2013), and a Juno nomination in the category of Vocal Jazz Album of the Year (2014). Erin and Larry can do it all, from charming intimate jazz club sets, to moving concert hall performances, and key arts organizations have taken note. Erin and Larry have performed with the Winnipeg Symphony Orchestra, the Winnipeg Jazz Orchestra, and have opened for Gretchen Parlato at the Winnipeg International Jazz Festival.