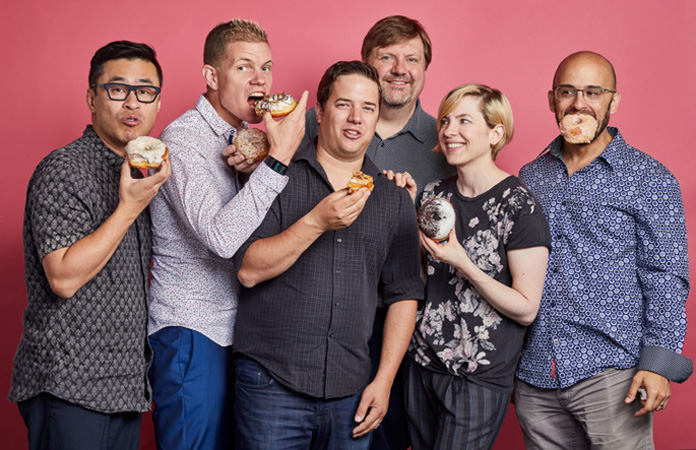 It seems odd to contain Mr Cervini’s background within the two music schools he was educated in. Born into a prodigiously musical family his elder sister Amy Cervini is an accomplished vocalist with a burgeoning solo career in addition to one with Duchess, a vocal trio (together with Hilary Gardner and Melissa Stylianou) a group in the tradition of the Boswell Sisters. Another sister, Marisa is an inordinately gifted classical flautist who, after receiving her The Associate of The Royal Conservatory (ARCT) in flute (and grade 10 piano) from the Royal Conservatory, did her undergraduate degree in classical flute at the University of Toronto and as a trained educator is now an instrumental music teacher in the Toronto District School Board. 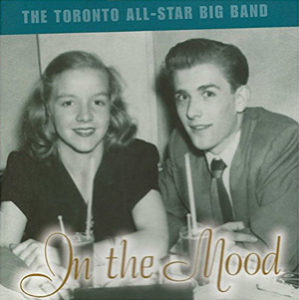 But it is Mr Cervini who appears to have taken the surfeit of musical gifts in the Cervini household to heights not scaled before. His precocious abilities as a multi-instrumentalist saw him first cast as the lone clarinetist in The Toronto All-Star Big Band conducted by Michael Manny where he soloed on their debut album In The Mood (Independent, 1999), which also featured Marisa Cervini who played flute in the reeds section. On later albums – notably with Myriad3 – Mr Cervini also played clarinet, bass clarinet, flute and alto saxophone on The Where (Alma Recordings, 2014) and recently also on Vera (Alma Recordings, 2018). Meanwhile Mr Cervini also plays piano but has deferred to Adrean Farrugia on Turboprop and the Ernesto Cervini Quartet, and to the inimitable Chris Donnelly with Myriad3. But the effortless fluency on reeds and winds with which he has forged his lingua franca out of different styles could easily qualify him as a modernist in the great battle of the traditional and the modern.

“I switched to drums fairly early as I enjoy the challenge of laying down the beat and dodging in and out of the pocket when I’m playing in the tradition,” he says. His prodigious output with Turboprop, the Ernesto Cervini Quartet, MEM3 and a host of other bands with whom he has performed albeit yet to record is a model of an ear-opening entrée into the exuberant world of traditional jazz music. Always sympathetic to music and fully imaginative in rhythm and tone, Mr Cervini is also inclined to seek out the byways and inner voices of the music that lurk beneath the top line of melody and harmony. And when you begin to pay special attention to his playing Mr Cervini often leads the ear cherishing motivic snippets, highlighting arresting the harmonic course of the music with nuanced rhythmic progressions, often recalibrating the terms of the discourse. He can fizz in a whirl-a-gig velocity and can be suddenly dropping his wrists limp-like as with sticks or brushed his playing becomes silken-soft, at all times prevailing with crystalline articulation. 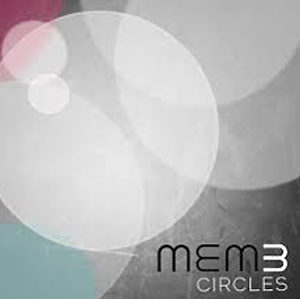 His work in every situation comes across as a sort of laboratory not simply for rhythmic, but also for melodic ideas. This is typical of the music he makes with Myriad3, a trio that is somewhat unfairly compared to EST and Bad Plus. In reality the music of this trio reaches the furthest reaches of improvised music without ever losing its accessibility. The repertoire of the band is almost always original and because all three members of the band – pianist Chris Donnelly and bassist Daniel Fortin – worship at the altar of originality there’s no telling where their music will take them. And yet the music offers a considerable degree of balance and integration of melody, harmony and rhythm, of composition and improvisation, daring exploration and individuality. The result in the case of each album is a series of fascinating meta-works that create (literally) myriad associations, resonances and new perspectives in which Mr Cervini brings with him a bold inventive exploration of time completely bereft of the kind of impetuosity that many of his contemporaries often fall prey to.