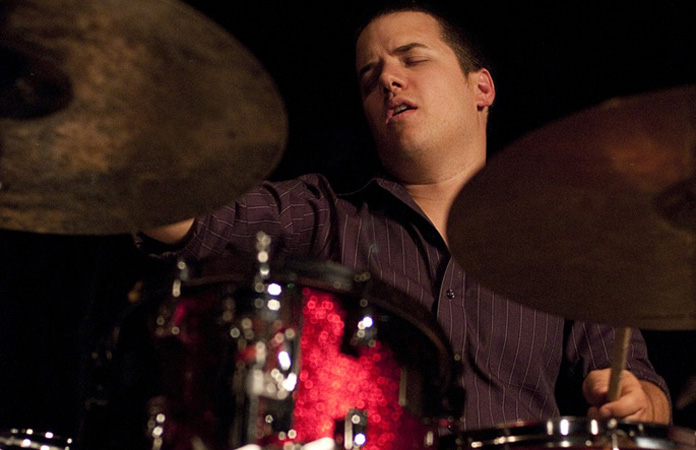 Pounding away the calories… Quickening the heart rate… According to research the average drummer who weighs in at 185lbs can expend 1058.4 joules of energy during an hour-long session. But while we know what the physical activity involved in drumming can do with the body it’s hard to measure what it does to the energy of the mind. For instance, just the thought of developing an idea can be draining. Imagine what kind of strain that “idea” can put on the brain and the entire nervous system when a thinking musician decides to put that “idea” to work in song. Then multiply that by performance and recording and finally multiply all of the above with the infinite variations that come with the imposition of jazz improvisation. That’s what an average day might look like for a drummer. For Ernesto Cervini, however, the whole equation becomes impossibly complex. 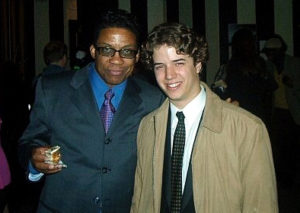 The Toronto – and sometimes New-York-based composer, drummer with enviable virtuoso skills as a multi-instrumentalist, playing saxophone, flute and clarinet – does all of the above with six active ensembles. And he plans tours and produces recordings for each of them. Moreover, Mr Cervini manages a music publicity business, which has a growing roster of artists. And, as if that isn’t enough he is a happy and full-time dad to two small children. Well, his wife probably does all the heavy-lifting but there are days when Mr Cervini must also do likewise, no matter, for instance what he’s been up to the previous night. So, speaking of a bottomless reserve of joules at his disposal, the whole idea is probably anachronistic.

On September 15th Mr Cervini needed to go online to enroll his children in swimming classes at his community leisure centre. This was the day after an exhausting concert after which he wound up going to bed well past midnight. Still, he awoke at the crack of dawn to power-up his laptop to fill out and submit enrolment forms. “It took hours,” he said, “The website was log-jammed and I had to keep refreshing the link just to get in. It was probably crammed with other parents just like me, scrambling to snag the limited spaces available for children’s swimming at the community centre, close to where I live in Etobikoke,” he said with a laugh. He was already probably running on adrenaline because it was about 1 o’clock by the time he arrived for this interview at The Pilot Tavern on Bloor Street in Toronto. The interview lasted until ten minutes to three, which gave him about ten minutes to set up his drum set before he powered his way through an exhausting couple of sets with Turboprop, his sextet that was in the process of launching a new album, Abundance. 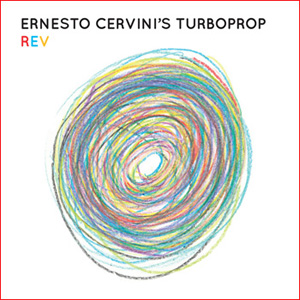 Although you might think there are quite a few young musicians like him you might be hard-pressed to find an artist as gifted as Ernesto Cervini. A pianist and clarinetist who graduated from the Royal Conservatory and the Toronto University Faculty of Music, Mr Cervini went to the Manhattan School of Music where he sharpened his theoretical and practical skills, performing, writing and performing a lot more. He not only formed musical friendships that ultimately ended up with him being admitted into the New York Jazz music brotherhood. He revisits New York less frequently these days because Canada keeps him busy. Tours of the country have spikes recently with hypermusicalactivity on two fronts: Turboprop, the sextet, Myriad3 – one of two trios he plays with – not to mention the fact that he is also becoming a busy journeyman-drummer. Moreover in the past two years he has been travelling to Europe with Myriad3 and will be there again by the time this story goes to print.