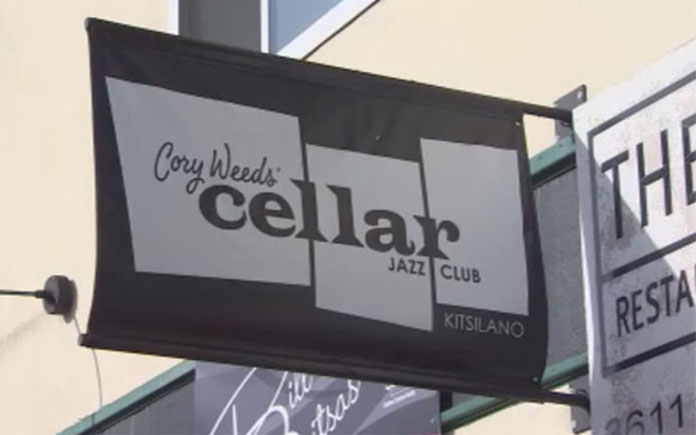 I’ve never been to Canada’s West Coast, by which I mean to British Columbia. By all accounts it seems like a swell place to visit; even stay. However, sitting in my small town in Milton, Ontario, I’ve been spoilt rotten by the folks at Cellar Live. Specifically Cory Weeds, who describes himself as the No.1 Jazz Fan. I have no reason to doubt that.

Cory Weeds has, in the words of Pliny, choked us with gold for almost three decades

Until he sold The Cellar, his jazz club and haunt for musicians, aficionados, fans and nice ordinary people, Weeds played host to a galaxy of stars too many to name. It started with people whose music he was passionate about and then gradually The Cellar became the stopover of everyone who was on a West Coast swing, to casual stopovers from the US and other parts of Canada. Cory Weeds welcomed them all. Many of these sets made it to disc. Not just to disc, but these recordings became some of Canada’s finest jazz productions as well. Living in Toronto, however, we tend to thumb our noses up at the West Coast. And in the words of Rodney Dangerfield they ‘get no respect’. And that has led Weeds to get the short shrift. I am guilty as charged as well. I have not given Canada’s musician and impresario the kind of love he deserves. 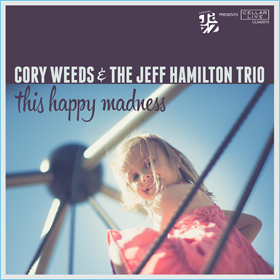 Weeds closed The Cellar in 2014. It came as a shock to everyone but Weeds. The cash-strapped restaurant was beginning to sap Weeds’ resources. Weeds said he is passionate about playing music, running a record label and booking performers. But, he does not enjoy managing the restaurant, something that has required his undivided attention. “It’s taken a few years off my life, I think,” he said. “It’s never been something I’ve been passionate about, it’s never been something I’ve even been trying to become passionate about. And that has been very difficult but I’ve managed to do it.” The CBC reported that Weeds continues to book concerts at different locations, and said he “may eventually consider opening another club. Even with the Cellar closing, he said he is busier than ever. He began putting all of his energy into Coastal Jazz, a non-profit venture that curates and promotes Jazz in the British Columbia region – including the capturing of this music by well-and-little known Canadian and American artists on his iconic label Cellar Live.

One thing Weeds definitely won’t be giving up is his saxophone. “It’ll kind of take my mind off the emotion of what’s happening at the club.” Cory Weeds is a virtuoso player who plays tenor and alto with equal facility. His performances evoke bold primary colours and he has ideas that penetrate beyond the surface of the canvas to touch facets of emotion that are obviously personal to him and which bring to recordings a special perspective. In taking nothing for granted, Weeds Jazz is resplendent with lively imagery, brio; even lightness and high spirits. Despite flawless technique, unfettered energy and an outstanding, individual voice Weeds gets little mention outside British Columbia. His extramusical activities, at any rate, get more attention than his musical ones and it does not seem likely that he would enjoy that immensely. 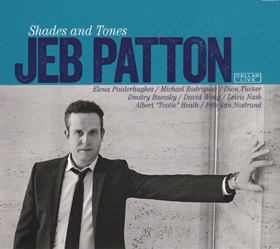 But on the other hand, there’s no denying that he is a great producer and label boss in addition to being one of the most talented musicians in this country. The Cellar Live imprint has been consistently turning out delectable records. They have done this year after year, for over twenty-five years. The last two years have been no exception. What follows is a galactic swing through music that has appeared on this iconic imprint in 2014 and 2015. In its roster are great Canadian musicians such as guitarists Oliver Gannon and Bill Coon, saxophonist Steve Kaldestad and big band leader Jill Townsend, to prominent Americans including drummer Jeff Hamilton, pianist Tamir Hendelman, bassist Christoph Luty, Trumpeter Will Caviness, and the brilliant Jeb Patton.