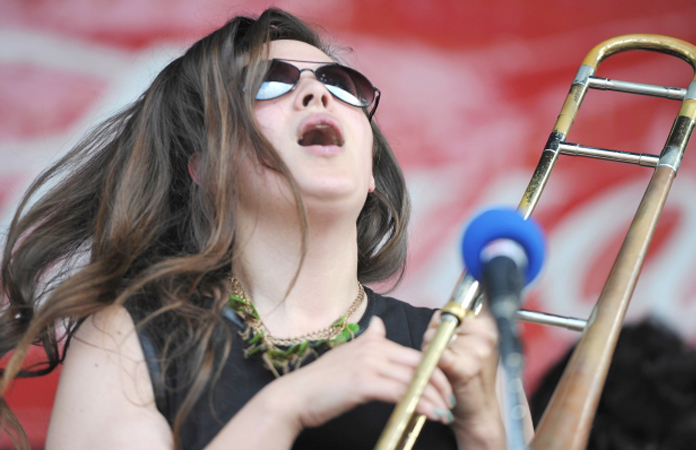 TMR: Where do you stand on: Composition or improvisation? Structured or Free Improv?

AO: Improvisation is just spontaneous composition. I think they’re the same thing really. Good improv, even free improv, has structure. There are rules that are agreed upon- and some music forms have fewer rules, but there’s still an agreement. And I love free improv but just like any conversation, if you’re stuck talking to someone who doesn’t listen and doesn’t care what you have to say, “What’s the point?”; that’s what bad free improv is to me.

TMR: Are you relatively busy these days?

AO: I’m very busy; but busy doing different things. Casinos, musicals, recording whatever. Brass quartets, singer songwriter stuff, arranging. Whatever. I say yes to as much as I can. I get regular sideman work. Fun fact: I was the trombonist in the Edmonton production of “Hadestown” which just won best musical at the Tony’s. I got a ton of press and feedback from that gig. it’s just one example of the places I find myself working. Engagements as leader are less frequent.

AO: I teach. I work a fulltime job teaching music in a school and I love it. and it’s how I financed the album, and the third album as well. 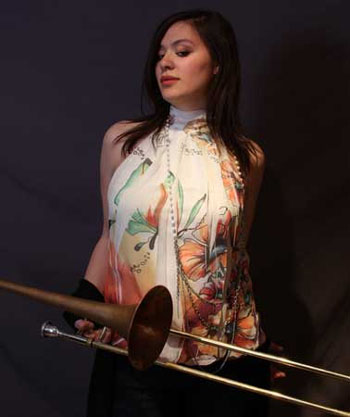 TMR: Do you do any teaching?

AO: Yes (with a big smile), but not privately. In fact I discovered that I don’t like private teaching or teaching others “how to improvise” especially at the post-secondary level… it feels like I’m imposing my voice onto someone who’s just trying to find theirs.

TMR: Is music all you do? Does it pay the bills?

AO: I tried to make a living just as a musician in my 20s and was somewhat successful I guess and then in 2014 I thought I might just quit music all together and teach full time… I was quite sick of being broke. I always thought teaching full time would mean no time for music… and that I’d be some kind of sell-out. Instead I just ended up with two full time jobs, it works for me.

TMR: I know we love our artists and treat them better than the US but what’s the Canadian scene like for you as especially as someone who is based in the mid-west?

AO: The Edmonton Arts Council and Alberta Foundation for the arts are very active. They might not be any more with our change in government… (fingers-crossed). They support a lot of different projects, and I have nothing but excellent things to say for the local support and provincial support of the arts. The number of festivals and arts initiatives is great and we, despite being a northern prairie city, get a lot of exposure to national and international performers especially with our club, The Yard bird Suite (our jazz club since 1957) which hosts national and international acts 10 months out of the year. Canada Council is supporting this upcoming tour so I have nothing but glowing things to say about Canada Council too.

TMR: Do you get around? Vancouver… Montreal… Toronto…?

TMR: Do you have an agent and do you get PR help?

AO: All my PR help is coordinated through my label, Chronograph, and its president, Stephanie Hutchinson, who is at least 90% responsible for the success of my album.

TMR: I know the Hutchinsons’ do a fabulous job where you are, especially as Kodi is a musician too and Stephanie is a new mummy so life must be rushed and schedules rather tight… Tell me what it was like to work with them?

AO: I rarely deal with Kodi outside of seeing him on gigs or festivals. Stephanie is unbelievable; she is thorough, she is prompt, and stays connected. You’d think that having a child would have slowed her (and Kodi) down but they’re always available. And Stephanie’s so gracious when dealing with my hiccups and mistakes. Your earlier question about “where I see my career going” should be answered by Stephanie; she has the vision. I just like to write songs.