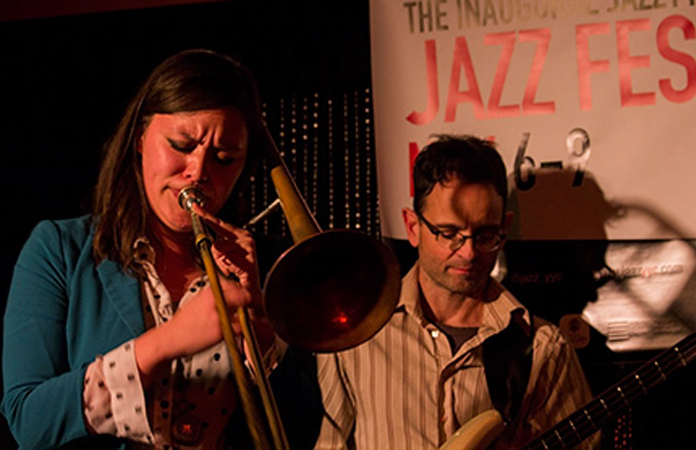 I’m not a rhythm section player so there are a lot of things I don’t consider. It was great to have a dialogue about what worked best. But having the final say about how my tunes were going to sound was an amazing feeling. I had to learn to trust my ears… and there was no one who could assure me I was making the right choices. No producer, no co-leader. I wasn’t concerned with pleasing a producer or a granting body or anyone but myself, which was nice.

TMR: As a trombonist and composer/arranger yourself, is Melba Liston a role model for you?

AO: I’d never heard Melba Liston’s name until I was 21 and doing a Banff Residency. I can’t say she was a role model, because my teachers never spoke of her, or recommended her, and I didn’t listen to her album growing up. When I did check her out and I found she didn’t out-shred the (men) I’d been told to study. I was sort of letdown. I look back and realise how my own internalised misogyny kept me from really getting into her as a player- the whole “she’s ok for a girl” attitude. I’ll give you an example: I transcribed a lot of Vic Dickenson when I was in Junior-High (I found his album in the public library) and he’s by no means a technical monster, or a language developer… but when I listened to it… I just I liked it. so I learned it. It didn’t matter that he couldn’t shred. I just liked his lines.

I’m inspired by people who can tell a story

By the time I discovered Melba Liston I wasn’t able to listen to her playing without being disappointed that she wasn’t technically superior to the men I’d been studying. 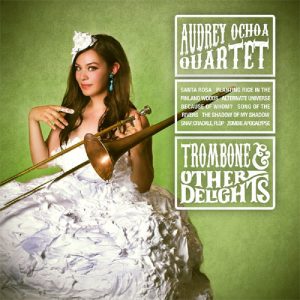 I wanted her to be a heroine; a super musician that would prove once and for all that women couldn’t just keep up, but that we could dominate as well. It’s unfortunate because I didn’t even allow myself to hear what she was actually playing. I didn’t care about musicality, phrases. Nothing. At least now I can appreciate her and her struggle without the need for her to be a hero figure for women musicians. And I have the children’s book Little Melba and her Big Horn on my coffee table.

TMR: Do you follow – and feel inspired by – anyone else from yesteryears or today? (Hint: Al Grey, Dickie Wells… or someone more modern and experimental like Albert Mangelsdorf or Roswell Rudd… or folks like Wycliffe Gordon…)

AO: I love Roswell Rudd. I have an album that’s him and Enrico Rava- I bought it on a high school trip to Italy. I’d never heard what I call “trombone-centric” improvising before I heard that album. He embraces the things that make trombone unique and I love him for that. I also loved that album (the Enrico Rava Quartet, Roswell Rudd, J.F. Jenny Clark and Aldo Romano) because there were no chordal instrument just these two brass-masters playing with reckless abandon. And no one was trying to sound “like a saxophone”. Just great. I also love Ray Anderson for the same reason. It’s not perfect playing, but no matter what they’re doing they’re telling a story. I’m inspired by people who can tell a story. Wycliffe is amazing, as is Marshall Gilkes… just dazzling technique.

I also love vocalists, and am constantly trying to emulate vocalists. I’m an enormous Beyonce and Rihanna fan. And I would love to sound like Kurt Elling or Caetano Veloso with a trombone if I could.

AO: 5 years ago I would have said, “I’m a jobber…” today I’m dangerously close to identifying as “an artist”. I’m going to keep writing music and releasing new things. I have a third album that’s going to be released in March (2020). I’m working with bigger ensembles as well. I’m writing for strings (that was bound to happen eventually). And I created a ska-orchestra in Edmonton and we did a show of ska-arrangements of original music…

All I want is to write and play music with people, for an audience that enjoys it. I’ll go wherever I can get that experience.

TMR: Do you have a game plan to get you there?

AO: All the best things started happening when I stopped planning and just started saying yes to different people and different projects. So my plan is to say yes to as much as I can without burning out.

TMR: Do you write music? Enjoy it?

AO: I love writing music. I think it’s a part of the tradition of jazz.

TMR: Writing… on the piano or another instrument?

AO: I write with voice, piano, guitar and lastly trombone. A lot of what I’ve written has lyrics as deep down I just want to be a pop star!

TMR: Where do you think your music comes from?

AO: I think it’s an aggregate of my musical diet from the last 34 years. It’s also something that is in my family history; professional musicians, that is. I feel like I’m carrying the torch for them too. My father was a trumpet player with the Edmonton Symphony and then before that in the Manila symphony, his uncle was principal trumpet, his other uncle was principal trombone. He used to tell me that, “Where I come from, the name ‘Ochoa’ is known as ‘musician’”. So it’s important to me.

TMR: Is there ever a spiritual moment?

AO: Yes. Every once in a while you’ll have a moment when playing where everything lines up; the musicians, the music, the audience. It’s rare. So I chase after those moments. No one person can take credit for those moments.