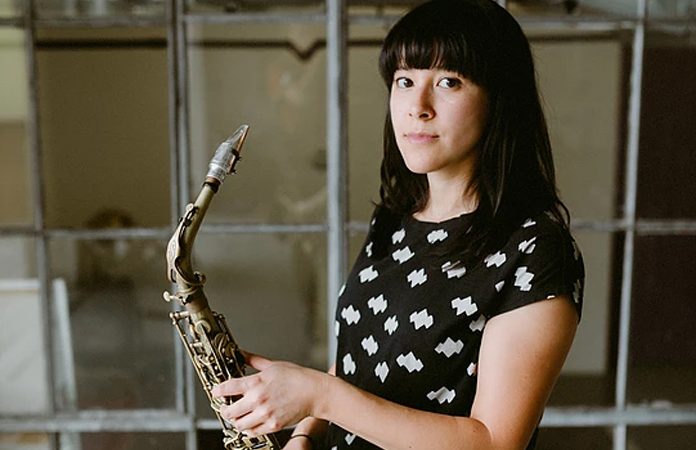 By all accounts 2017 was a stellar year for the composer and alto saxophonist, Allison Au. The ethereally beautiful second album Forest Grove that she recorded with her quartet, released in February 2016 earned her spot on the roster of artists to perform at the 38th edition of Le Festival International de Jazz de Montréal in June 2017. There she won the coveted TD Grand Prix de Jazz; an award on perhaps the largest staging of Jazz anywhere in the world. Tellingly that accolade has been won by the likes of Michel Donato, Lorraine Demarais, John Stetch, Nick Ali, Andrew Downing, Robi Botos and Rachel Therrien. Shortly thereafter Miss Au and her quartet received the 2017 Halifax Jazz Festival Sting Ray Rising Star Award and she was named a 2017 Finalist for Toronto Arts Foundation Emerging Jazz Artist Award. “Emerging Artist”? In reality, Allison Au might have actually “emerged” quite a few years before 2017, when she released her début recording The Sky Was Pale Blue, Then Grey in June 2014 as a matter of fact.

Most musicians in the sports-crazy city of Toronto usually fly under the radar – not by choice, of course, but more as a result of music being relegated to a rather distant third or fourth (depending on who you talk to) despite the fact that there is much patronage of the arts. A musician hoping to follow his or her passion and gift for playing jazz is almost always silenced by even in the relatively quite noise of the other arts forums and institutions such as Royal Ontario Museum, The Royal Conservatory of Music, and The Aga Khan Museum. And, of course, the voices of everyone in the arts is drowned out in cheering for The Maple Leafs, the Toronto Blue Jays, the Toronto Raptors, the Argonauts and the relatively newly minted football team Toronto FC, and even the city’s rugby team, the Toronto Wolfpack. Meanwhile, as the Raptors, the Leafs, Toronto FC and the Argos continue to stumble, musicians like Allison Au are leading from the front with music of considerable elegance and erudition.

When she debuted her music on record in 2014 Allison Au was just 28. Musicians don’t appear as fully formed as she did then. The recording was a critical success and nominated for a Juno Award. The music on the album is remarkable not only as it speaks to Miss Au’s grasp of melody, harmony and rhythm, but for its extraordinary character. The harmonies of its songs – “The Bridge at Night” and “What Went with the Wind”, for instance – showed more than absolute authority of harmonic concepts; here was music that challenged contemporary ideas by inventing harmonies and chords that effectively reinterpreted tonality. 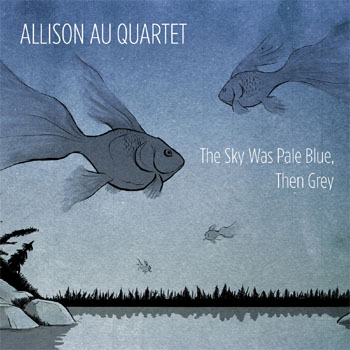 In some ways it even seemed to look beyond mainstream western traditions. The surprises when they came were effective, but discreet: a Balinese gamelan-like riff played as pizzicato harmonics on her alto saxophone, a delicate curlicue of a bass line in “Tired Face” that underpins what sounds like a Gaelic Lament; a close-knit ensemble passage that develops from a single phrase in “The Sky was Pale Blue, then Grey”.

Clearly, by the time she released Forest Grove it was time for her music to receive the recognition it deserved. Her music was primarily suggestive and evocative; completely unlike the often sternly philosophical and self-consciously dramatic music of many of her generation and certainly like the generation that came before her. Here Miss Au seemed to explore a compositional process that avoided conventional thematic development, instead moving its material through constantly shifting harmonic and “orchestral” palettes. Impression seemed to matter more than direction although both would probably have been in use at what she crafts on “Aureole” and “Tumble”, where she shared her music with the members of her quartet – pianist Todd Pentney, bassists Jon Maharaj or Dan Fortin and drummers Fabio Ragnelli or Ethan Ardelli, who bring their own singular elegance to her music. What must have seemed like “free-floating” compositions were “workshopped”, as she calls her rehearsals with the quartet, turned out to be some of the most influentially stylistic pieces by a musician of her generation. The Juno Award for Best Jazz Album of the Year followed; then the recognition at Le Festival International de Jazz de Montréal, the Halifax Jazz Festival Sting Ray Rising Star Award and that being recognised as a finalist by the Toronto Arts Foundation for their Emerging Artist Award.