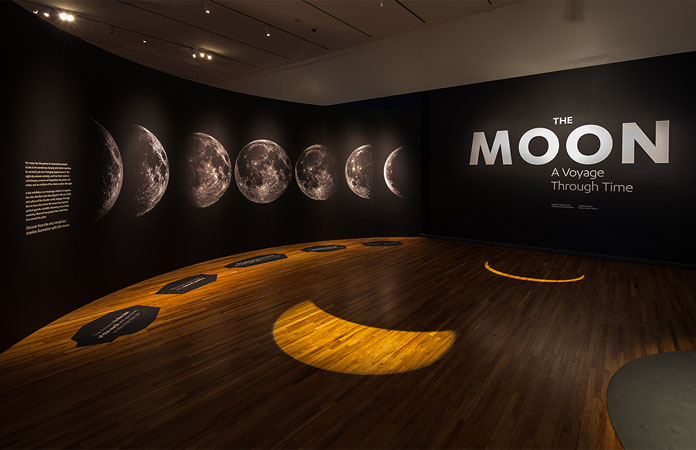 Since the dawn of civilization, the moon has captivated cultures. To mark the 50th anniversary of the Apollo 11 lunar landing, The Moon: A Voyage Through Time explores our enduring fascination with this enchanting orb in the sky and looks at the role it has played in faith, science, and the arts across the Muslim world and beyond. Interactive devices, displays, and installations invite us to observe and imagine the moon in new ways.

The moon has inspired people the world over to create art, form beliefs, and strive for scientific understanding for thousands of years. Spanning pre-Islamic times to the present day, and delving into the arts, literature, and music, The Moon: A Voyage Through Time brings together important miniature paintings, scientific instruments, Islamic manuscripts, and contemporary works of art to illustrate the wonder at the moon that is shared among cultures. 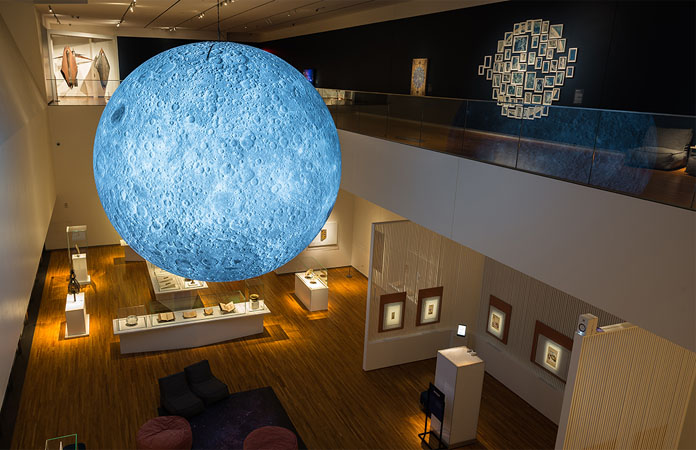 A highlight of the exhibition is Moon, a giant sculpture connecting the Museum’s first and second floors. Created by contemporary British artist Luke Jerram, the internally illuminated replica moon features detailed NASA imagery of the lunar surface, includes a sound composition by BAFTA-winning composer Dan Jones, and measures five metres in diameter – to get an idea of scale, it would take 40 people standing shoulder to shoulder to circle the sculpture. “Jerram’s Moon looks ethereal – and almost hyperreal,” says Fast Company.

ARTWORKS FROM AROUND THE GLOBE