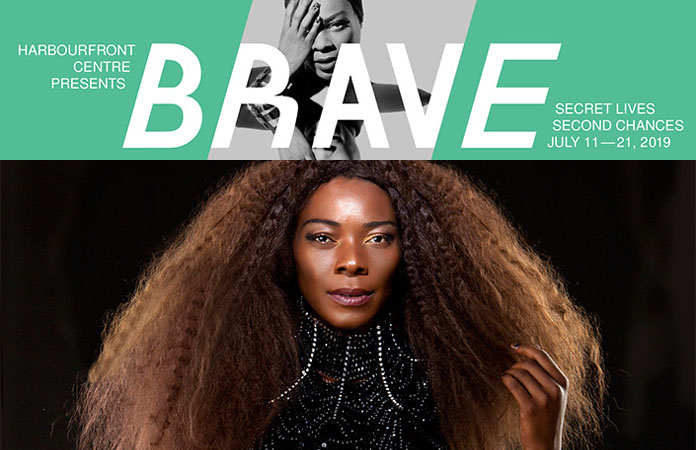 Harbourfront Centre’s daring festival, BRAVE, returns for another spin on what it means to lead a meaningful, multi-faceted life. This year’s iteration of the festival zooms is on “Secret Lives, Second Chances.”

For 11 days in July, from 11 to 21, BRAVE uncovers the hidden and concealed parts of ourselves through experiential theatre, immersive art, music, food and objects. BRAVE looks into the boxes we place ourselves in, the ones we try to break out of and the unexpected paths we take.

Latin Grammy winner and two-time American Grammy nominee Buika, who has been dubbed as “the voice of freedom” and hailed as one of the 50 greatest voices in the world by NPR, will perform a FREE concert on Saturday, July 13, 9:30 to 11 pm, at the main Concert Stage. Originating from Spain’s Balearic Islands, Buika is a singer, songwriter, producer and composer. Most recently, she collaborated with musician Carlos Santana, lending her soulful and sensual voice to Santana’s new album Africa Speaks.

Part of the Buika World Tour 2019, this evening’s performance will showcase her new female band and new repertoire – an eclectic blend of musical styles including contemporary jazz, reggae, soul, R&B, funk and afro pop – all infused with her distinct flamenco sound.

A Tuba to Cuba at Toronto’s Roy Thomson Hall

Summer Music in the Garden celebrates 20 years of free concerts