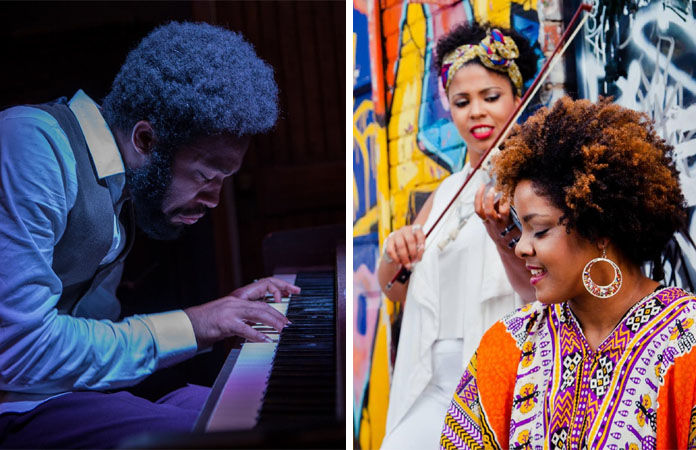 A night of cutting-edge Afro-Cuban jazz and roots by the next wave of Cuban innovators featuring the Toronto debut of NYC pianist Dayramir González. Presented by Lula Music and Arts Centre and jazzcast.ca, the exciting new online destination for all things jazz-related.

Multi award-winning, Havana-born and raised jazz pianist and composer, Dayramir González has quickly become a force to be reckoned-with on the New York Latin jazz scene after the release of his 2018 album, The Grand Concourse.

Hailed for his ‘monster technique’ and prolific creative range which melds rock, pop, jazz and Afro-Cuban stylings, Dayramir weaves a mosaic of both traditional and cutting-edge influences. His vibrant album embraces the pulse and mystique of New York City, as well as the allure of early 20th Century Cuban sonic leanings and the cultural roots and myths of sensually fused Yoruba religious elements.

Having worked with Oscar Valdés, Klimax and Chucho Valdés, Dayramir will perform in Toronto with some of the city’s top jazz players including Amhed Mitchel on drums, Papiosco Torres on percussion and Roberto Riverón on bass.

Taking their name from the word for heart or soul in the Afro-Cuban religion of Santeria, OKAN fuses Afro-Cuban roots with jazz, folk and global rhythms in songs about immigration, bravery and love.

Embracing genres that have not historically fostered women artists outside of the role of singer, OKAN co-leaders, composers and multi-instrumentalists Elizabeth Rodriguez and Magdelys Savigne bring a fresh perspective to Latin and world jazz fusion through their powerful harmonies, incredible musicianship and potent lyrical content.

Winners of a Stingray Rising Stars Award, OKAN’s debut EP Laberinto earned independent music awards in both the world music and jazz categories. Their full length CD Sombras includes the tracks released on the 2018 EP enhanced by tracks that delve deeper into the leaders’ Afro Cuban roots as well as their shared passion for Brazilian music.

Born in Havana, Cuba, Elizabeth Rodriguez is a classically trained violinist who served as concertmaster for Havana’s Youth Orchestra. Magdelys Savigne hails from Santiago de Cuba and graduated with honours in orchestral percussion from Havana’s University of the Arts. Both are JUNO-nominees for their work with Battle of Santiago and Grammy-nominees for their contributions to Jane Bunnett and Maqueque, of which they are former members.