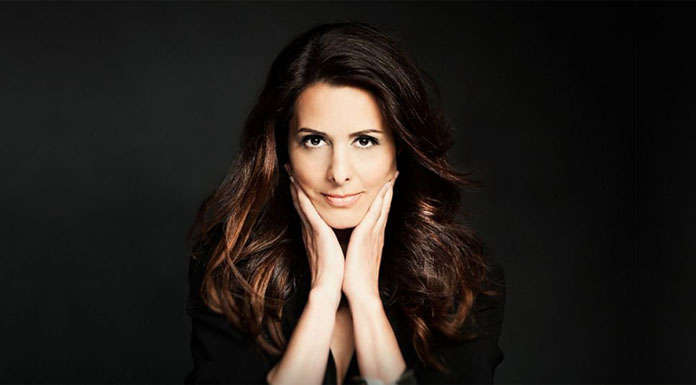 At age five, Daniela Nardi began studying piano at the Royal Conservatory of Music. British pop music of the 80’s led Nardi to take up the bass guitar and embrace songwriting. She went on to earn a degree in Music at Toronto’s York University. Meanwhile she honed her live performance skills playing everything from pop to punk, from Latin to country.

Artistic curiosity and musical versatility are nothing new for Nardi, she’s been making music all her life

The 2008 release The Rose Tattoo (Minerva Road), inspired by her mother Rose’s four year battle with cancer, marked a watershed for Nardi. This ambitious album received wide international acclaim, and led to Nardi winning the Canadian Smooth Jazz Award for Female Vocalist of the Year, and the Readers Pick Award for Best Female Vocalist in the prestigious Now Magazine Best of Toronto campaign. Other awards in this time included Honorable Mention at the Billboard Songwriting Music Awards in the World category (2009) and Best World Music Artist nominee at the Toronto Independent Music Awards (2014).

In addition to all of Nardi’s artistic pursuits, she has currently taken up the baton as Founder/Artistic Director of Espresso Manifesto: Music | Arts | Culture, an annual culture series dedicated to showcasing contemporary Italian & Italian-Canadian artists/creators and to nurture the cultural exchange between Canada, Italy and its diaspora. 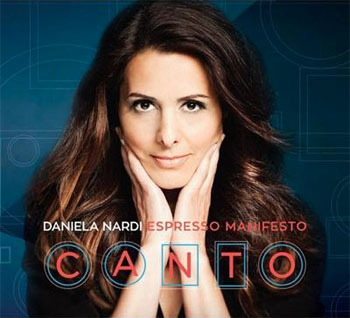 Daniela Nardi’s Espresso Manifesto once again hits it out of the park with her latest album CANTO. Released last October 16, 2015 on eOne Music, CANTO blends old world charm and modern, sophisticated groove on this stunningly beautiful homage to the Italian cantautore tradition.

CANTO follows on the heels of Daniela Nardi’s highly acclaimed album, The Songs of Paolo Conte, of which critics and reviewers globally sang praises, and made Nardi’s Espresso Manifesto a top pick with jazz and world music lovers. It topped charts throughout Canada and the U.S., and received rave reviews from JazzTimes and Jazz Weekly, among others. The release and success of The Songs of Paolo Conte labour-of-love celebration of the legendary Italian singer-songwriters set Nardi on a journey of music and personal discovery which continues on CANTO.

CANTO sees Nardi applying her sublime interpretive skills to 10 timeless songs by some of Italy’s greatest jazz and pop composers. Nardi also contributes an original piece to this eclectic and intoxicating collection. With an international spin, fluid, expressive vocals and effortless, organic instrumental arrangements that incorporate elements of blues, soul and bossa nova, CANTO is a refreshing foray into the great voices of a time past and also, those of the present.

The album is replete with lush arrangements as on the tune A Story Gone Wrong, an English translation of the controversial death of film director Pier Paolo Pasolini by legend Fabrizio DeAndre “Una Storia Sbagliata”, where the intro utilizes the multi-talented pianist and producer of the album, Antonio Fresa’s classical arranging skills. The song quickly turns into a beautiful waltz, worthy of a love-gone-wrong ballad, as the strings follow in the 50s-60s country tradition of songs by the likes of Patsy Cline or Loretta Lynn. Tinkling piano adds to the country flavour. The string intro on Beautiful That Way, the theme song from Roberto Benigni’s “La Vita e’ Bella” are reminiscent of music heard in films of the great Italian cinema, combined with a vibrant vocal that sounds like Barbara Streisand, if she were in an Italian musical.

Nardi breathes new life into these Italian songs of old, and her vocals are more powerful than ever on tunes like Giovanni Telegrafista (Enzo Jannacci) a heart breaking Coen brothers-like lament of Giovanni, a telegrapher, and his solitary pursuit for his love, Alba. The extraordinary and effortless trumpet performance by Italian superstar Fabrizio Bosso on this tune, and throughout the album, is stellar. Likewise, Kevin Barrett’s overall guitar solos and oddly effective twangy guitar enhancement by contemporary songwriter Tony Bungaro, Oublions Nous, (Dimentichiamoci) an Italian song chosen for Nardi and sung in French here is phenomenal.

Bossa nova rhythm interpreted by clave, on Guidizi Universali, (Samuele Bersani) underscores lazy, soaring horns and a percolating vocal from Nardi that feels like a lazy morning coffee, just before getting ready for a busy day. It also showcases the best use of triangle ever.

The original song Amami Ancora, which Nardi co-penned with Mike Downes, Ilaria Patassini, Antonio Fresa, and Gianna Patriarca, is an amourous lament that began with the beautiful words of the reknown Italian-Canadian poet Patriarca. Then as a team, both in Toronto and in Naples, they co-created this piece, which speaks of an unforgettable love.

CANTO was produced by Antonio Fresa and recorded in Toronto and Naples with an impressive cast of some of Canada’s and Italy’s most prominent jazz artists. While the album ends on a perfectly appropriate note with the hauntingly heart-wrenching timeless classic Canzone Per Te by Sergio Endrigo, meaning A Song for You, it encompasses elements of the many facets of love in a way that only the Italian voice can express.

Daniela Nardi’s Espresso Manifesto is a musical and cultural experience that is attracting national and international audiences alike. Recent live dates had the group playing to sold-out houses, including a two-night stint at the prestigious Montreal Jazz Festival, a highly anticipated appearance at Toronto’s international star venue Koerner Hall, (sharing the night with guitar legend John Pizzarelli), and a 2014 tour of Russia.

“Daniela Nardi is wont to stay within the confines of a narrow, yet sensuously smoky bandwidth. Nardi has a wider range and I like the spiky precision that she hits her notes however, she is no slouch when it comes to bite and irony…” — Raul da Gama