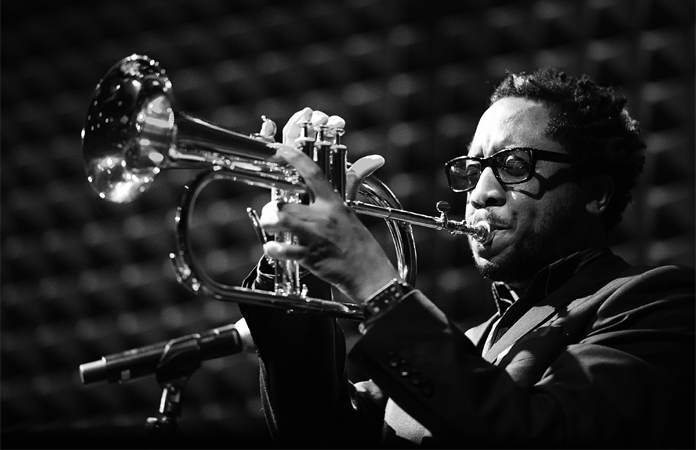 A native of Cuba, Alexander Brown is a hard-bop, post-bop and Latin oriented musician. He became one of Cuba’s prominent trumpet players in the late 90s, and is now one of the most vital and deft trumpeters and composers in Toronto’s dynamic musical scene.

Various awards include winner of the Cuba Disco International music 2006, Juno award wining artist, nominee to the rising stars award for the best new musical composition at the Montreal Jazz fest 2014, and winner of the TD Discovery Series Special Projects 2015.

Brown received his bachelor degree in classical Music at the Instituto Superior de Artes, where he after attended as trumpet professor

Although classical music deeply influenced Brown’s career, he decided to follow his passion for jazz, and began composing for his own quintet with which he performed in Havana’s main jazz venues and festivals.

While in Cuba Alexander was part of the project of notable national and international figures including: David Murray, Orlando Valle “Maraca”, Ernán López-Nussa, Jose Luis Quintana “Changuito”, Tata Güines, and shared the stage with the like of Chucho Valdés among others. As part of many of these projects, Alexander had opportunity to tour extensively throughout Europe, The Caribean and South America and performed at major Jazz festivals. He assiduously collaborated in the albums of national producers such as Manuel Ceruto, and Cuban Grammy winner Joaquin Betancourt.

In Canada, Alexander has recorded two albums where he emphasize ensemble work rather than showmanship and presents a consolidated compositional style that is supported by his extensive musical experiences, solid musical education and expertise in the modern jazz and Afrocuban music vocabularies. Brown’s tunes encompass a variety of genders than range from rumba, ballad, Latin, Joropo and swing. With these themes, he continuously challenges himself, listener and performers to a highly complex yet delicate music.